The National Academies of Sciences, Engineering and Medicine has reported that family caregivers are “routinely marginalized and ignored within the health care system.” With about 18 million family members providing care for senior loved ones, this report is alarming, as it points to the possibility that these seniors are at risk for harm due to possibly inadequate, uninformed family care.

Here’s what can be done to ensure you are seen, heard, and given the right information and tools to help care for your elderly family members and keep them safe:

It’s also important to clearly understand HIPAA (Health Insurance Portability and Accountability Act) regulations. There is a common misconception that as a result of HIPAA, family members are unable to obtain access to their older loved one’s medical records. The truth, however, is that if the older person has designated someone to serve as durable power of attorney for health information, it’s the obligation of doctors and hospital staff to share all medical records with that relative.

The final conclusion? Make certain you stand up for yourself and your elderly family member. Richard Schulz of the University of Pittsburgh suggests, “Advocate for your rights and make sure your caregiving contributions are recognized and supported to the extent they can be. You’re an important person in the health care system.”

Call on Endeavor Home Care at (480) 535-6800 for additional suggestions about providing the best care for your senior loved one, as well as support in filling in the care gaps with properly trained and skilled in-home senior caregivers.

On average, a senior takes between 15-18 different prescriptions each and every day, so one can understand how easy it can be to miss a pill here and there or take an incorrect dosage. However, the health hazards that happen because of those medication mistakes are substantial. Enter the pill reminder box: such a simple concept of placing the correct meds into the appropriate little boxes each day. Problem resolved, right?

Startlingly, research recently points to a considerably different outcome. Mature adults accustomed to taking medications directly from the original packaging who switched to a pill reminder box were inundated with medical concerns, including falls, hypoglycemia, and in one case, a person unable to get out of the bathtub until a rescue 12 hours later.

The health concerns, surprisingly, were realized only in the seniors who had just started to use the pill reminder boxes. The theory behind these unexpected results comes from the thought that the seniors were skipping doses or taking their prescriptions incorrectly prior to using the pill reminder box, and were suffering from side effects from taking full doses of their drugs.

Lead researcher Dr. Debi Bhattacharya stresses the need for those planning to change to a pill reminder/organizer system to first seek advice from their physician or pharmacist to verify dosage amounts. And she makes clear, “People who are already using a pill organizer without any ill effects should not stop using it as they do seem to help some patients take their medication as prescribed. It’s the switching stage which appears to be the danger.”

We’re always thrilled to share the latest developments in the battle against Alzheimer’s disease, but none have looked quite so promising as the latest: aducanumab. In its first clinical study, analysts discovered that a considerable amount of amyloid plaque in the patients’ brains disappeared, and even more remarkable, “This is the first antibody tested where the people who had the greatest removal of amyloid from their brains also saw the greatest stabilization of their clinical decline,” according to Dr.Adam Boxer of the San Francisco Memory and Aging Center at the University of California.

Unlike existing Alzheimer’s treatment options with limited and short-term effects, aducanumab’s halting of further memory loss offers an amazing level of hope – and may be available to patients in as early as five years. The goal will be to treat those who are known to be at risk for developing Alzheimer’s disease before the onset of symptoms.

Even though we are excited about these developments, of course there are possible negatives to address. In those who received the highest dose of the drug in the first phase of testing, brain bleeding and swelling were noted. The next trials will include a larger amount of participants, for a longer amount of time, and careful evaluation of risks vs. advantages.

Impacting nearly 5.3 million Americans, and forecasting to increase to an estimated 16 million by the year 2050, the effect of Alzheimer’s disease on the American public is tragic. One in three seniors dies with some form of dementia, and at this point it’s the only cause of death within the top ten in our country without a cure or prevention.

Additionally, the financial stress is staggering to our nation: $236 billion in 2016 alone, with half of that cost associated with Medicare – ready to grow to a whopping $1.1 trillion by the year 2050, according to the Alzheimer’s Association.

At Endeavor Home Care, it’s our dream to see the day when the struggles of Alzheimer’s disease become a memory. But for now, we offer specialized dementia care at home, provided by trained professionals who bring increased quality of life and wellbeing to seniors with Alzheimer’s. Whether the need is for help with personalized care such as with bathing and dressing, light housework and laundry, transportation and errand-running, or merely a kind, patient companion to engage the senior to the best of his or her ability, Endeavor Home Care can help.

Contact us at (480) 535-6800 for more resources and caregiving information, or so that we can share more about how we can travel with you and your loved one throughout the journey of Alzheimer’s disease.

Family members providing care to aging loved ones can receive support and training by accessing the Family Learning Center at the Endeavor website. 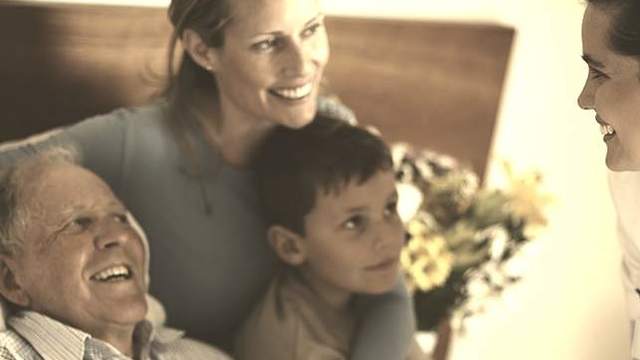 For millions of older Americans in need of day-to-day care and assistance, friends and family members play an important role in furnishing the care required to allow their friends and loved ones to continue to reside in the comfort and familiar surroundings of their own homes. Endeavor Senior In-Home Care of Mesa, Arizona, now has a useful tool on its website that links caregivers to the Family Learning Center where they can access courses, quick tips and videos covering a variety of topics of interest to a Phoenix caregiver.

“We built our company to bring a new level of freedom to seniors and others who through the aging process or other factors need daily assistance but do not want to lose the freedom associated with living at home,” according to Endeavor Senior In-Home Care Founder Dave Rodgers. “The Family Learning Center is our way of recognizing the contribution family members and friends are making to the lives of the people they are helping.”

Visitors to the Endeavor website can access a link to the Family Learning Center listed under the “Services” tab. An easy to complete registration process gives caregivers access to more than 50 self-paced courses, videos and other resources offered at no cost to the user. Included in the course offerings are caregiver training for those caring for individuals with Alzheimer’s and dementia, safety and fall prevention, meal preparation and nutrition, and managing medications.

Endeavor In-Home Care has also included materials in the Family Learning Center focusing on the needs of the caregivers who have undertaken a role that can be as stressful as it is rewarding. Visitors to the resource center will find tips and information about dealing with caregiver stress and balancing the role of family caregiver with the responsibilities of a career and family.

As some of the Family Learning Center materials mention, the stresses of caring for a friend or family member can affect the caregiver’s physical and emotional health and wellbeing. There might be times when a caregiver needs to step away from the day-to-day responsibilities of caring for another person. Endeavor In-Home Care offers respite care services to provide temporary relief by giving caregivers some much-needed and well-deserved time away from their daily responsibilities. Individuals placed in a person’s home to provide respite care must meet Endeavor’s strict qualification standards and pass a background check. Caregivers are bonded and insured and subjected to the highest level of supervision.

Endeavor’s Management Staff has over 90 years of combined health care experience and is known for putting the client and family needs first and foremost. Simply put, they are Enriching Lives 24/7 one family at a time. For more information about Phoenix caregiver support and training or to schedule a free assessment, contact Endeavor Home Care Group by visiting their website at EndeavorHomeCare.com or call 480-498-2324.