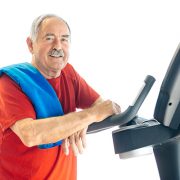 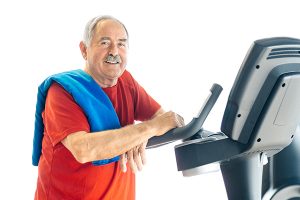 The results of remaining physically active throughout the aging process are considerable. However, for people with Parkinson’s, it could truly be a game-changer in the progression of the disease. Several recent studies are uncovering direct links between exercise and Parkinson’s, such as the largest clinical study up to now, in which patients who exercised a minimum of 2½ hours weekly obtained a higher quality of life than those who refrained from physical exercise—and that’s only the beginning when it comes to exercise as a Parkinson’s disease treatment.

The start of Parkinson’s symptoms comes about following loss in the brain cells that create dopamine. Researchers think that physical exercise makes it possible for the brain to bring back lost connections, form new ones, and keep maintaining those that are in place. Additional studies show:

Gains were accomplished in stride length, gait speed and balance after treadmill exercise – after only one session, and lasting for a couple of weeks afterwards.

Motor function and coordination were enhanced in those who pedaled at a faster rate on a stationary bike – once again, with benefits lasting for many weeks after the study ended.

Noticeable improvements with the normalcy of movement were detected in individuals with Parkinson’s who engaged in a routine exercise regime in comparison to those that did not.

It’s important to mention that the particular results reached were dependent upon consistent, ongoing exercise. The studies revealed that any protective benefits achieved were interrupted as soon as the amount and intensity of physical exercise was reduced or was employed just for a short period of time. The required criteria for sustainable results there are much like those required to help those who’ve suffered a traumatic brain injury or stroke: intensity, specificity, difficulty and complexity.

More scientific studies are underway to hone in even further on the benefits associated with exercise in those with Parkinson’s disease, and also the precise reasoning behind it. Meanwhile, if your loved one has been clinically determined to have Parkinson’s disease, it’s certainly advantageous to consult with his / her primary care physician for a suggested exercise routine.

For assistance with safe, dependable transportation and accompaniment to a doctor’s appointment or workout program, or support and motivation to take part in an ongoing exercise regimen at home, contact Arizona’s best home care agency, Endeavor Home Care. Our high quality in-home care services are available to enhance quality of life for anyone with Parkinson’s disease, or any other condition of aging throughout Phoenix. Call us at (480) 535-6800 or contact us online to find out more.

Is Your Parent’s Difficulty with Problem Solving Normal or a Sign of ...

Managing Your Parent’s Care From a Distance
Scroll to top